The CD is now available for sale.

320kbps MP3 album to download now. On explicit request (kontakt@sjrecords.eu) we will send this album in WAV.

Malwina Masternak's album "Perspektywa" is the fruit of the last few years of her life. Recording it, says the singer, took only a few days, but the story she tells spans over a much longer period. Traveling around many countries, meeting various musical cultures, facing many different ways of thinking, becoming a wife and mother - it was these experiences that shaped her present, unique perspective: the way she sees and hears the world. And from this perspective, as Malwina says, she sings on her debut album. The album perfectly reflects the global nature of the jazz scene. There is a Polish singer who studied in the USA, lives in Spain, sings in Polish and English, is accompanied by a pair of Spaniards and a Dutch, guest star of American jazz Terri Lyne Carington. The songs on the album are mostly composed by Malvina, several songs were composed together with the pianist Iñigo Ruiz de Gordejuela, who is also the music producer of the album. On the album we can hear that Malwina draws inspiration from both traditional and contemporary jazz. On the album, apart from his compositions, he also performs three jazz standards.

Malwina Masternak - a singer, composer, dealing with all shades of jazz vocalism and its related - from standards in their classic sound to contemporary musical forms. Malwina graduated from the prestigious Berklee Global Jazz Institute in Boston, where her lecturers included Terry Lyne Carrington, George Garzone, Danilo Perez, Luciana Souza, Joe Lovano and John Patitucci. The singer has taken part in numerous concerts in Poland and abroad. She has performed, inter alia, in the USA and Canada, Asia, Europe and South America. Masternak has performed in many famous jazz clubs, incl. Birdland, Rockwood Music Hall, Ryles Jazz Club, Scullers Jazz Club, Regatta Bar, Cornelia St. Café, Smalls and Coca-Cola Dizzy Jazz Club in New York, in which she performed with John Patitucci. Malwina is also passionate about education. As a student, she founded a jazz vocal band, writing arrangements for it and drawing inspiration from both jazz and classical music, with which she began her adventure with music. During her stay in Boston, she ran the "Women in Jaz" club - a vibrant organization promoting women-composers.

In 2019, the singer taught vocal at the University, Musikene in San Sebastian (Spain), and currently teaches in the online program at Conservatorio de Chile (Santiago), where she teaches vocal and improvisation.

Iñigo Ruiz de Gordejuela - jazz pianist, composer and teacher born in Spain. After graduating from the Conservatory Jesus Guridi in Vitoria, he received a scholarship to study at the Berklee College of Music. with JoAnne Brackeen, Alain Mallet, Vadim Neselovsky, George Garzone, Laszlo Gardony, Dave Santoro. During his last year at Berklee, he specialized in jazz theory and popular music. In 2016, Iñigo received a full scholarship to study at the New England Conservatory, where his teachers included Miguel Zenon, Ethan Iverson, Jason Moran, John McNeil, Ken Schaphorst and Frank Carlberg. He shared the stage, among others with Guillermo Klein, Donny McCaslin, Miguel Zenon, Dave Holland, Fred Hersch, Ran Blake, Darcy James Argue, Carmen Lundy. In 2014, he founded the group Amalur, with which he recorded his first album. His second album Urjauzia, together with guitarist Adrián Fernández, was released in 2017, and in 2018 he received the Best Album Award at the BBK JAZZ Awards. In 2019, he released the album Surrogate Activities Nonet, recorded in Boston, USA. This project combines Basque folk music with odd-time grooves. From 2020 he teaches at Conservatorio Superior de Navarra in Pamplona.

Hospitably:
Terri Lyne Carrington - American jazz drummer, composer, producer and teacher. She has performed with Dizzy Gillespie, Stan Getz, Clark Terry, Herbie Hancock, Wayne Shorter, Joe Sample, Al Jarreau, Yellowjackets and many more. She won three Grammy Awards, including the 2013 award for Best Jazz Instrumental Album. Carrington is the Founder and Artistic Director of the Berklee Institute for Jazz and Justice and the Carr Center in Detroit, MI. He also sits on the Board of Directors of the Recording Academy, the Board of Directors of the International Jazz Composers and Composers Association and the Advisory Board of The History Makers and New Music in the United States. 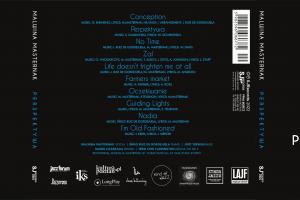 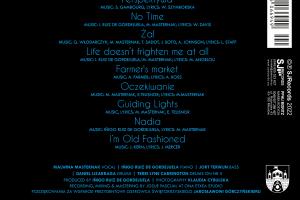 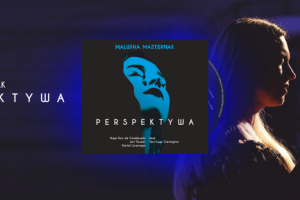 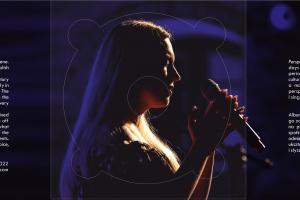