Tenczynek Brewery.
The architecture of this centuries old Brewery affects the imagination in a way that history books do. It is full of the stories of the past, it’s space is dense with mystery. The current production line fills it with an uninterrupted and constant stream of creativity. The sounds of glass blowing bottles being made and then filling them up, accompany the song of the breathless machines. Inspired by this game of energy and sound, I took the instrument in my hand and standing in the illuminated room between the lines of moving bottles, I started to blend my music with the surroundings. I played phrase after phrase and the chaos of the sounds from the
production line unconsciously joined in, partaking in building this new musical creation.

Here, a few different musical episodes were created, full of dynamic movement and inspired by what was happening around me . Buzzing from these energetic experiences I went to the rooms where the malt matures and the fermentation takes place only to find still silence and peace. The semi-circular vaults give the room a short but sounding reverberation. I can hear a lazy sound of liquid pouring in the vats. I play calmer here. I wonder whether the beer that matures with my music will taste different. Maybe it matters, and maybe it doesn't. And finally, a cellar with empty cisterns that wait to receive what the factory produces. It is a bit chilly in here. Cold saxophone probably won't tune, but I don't care. I fill the cisterns with sound. First, I let go of one tone. It is enough.

This sound becomes full and complete in itself. I just control it’s movement with a gentle breath like a captain effortlessly steering a ship. The cisterns are playing with me. They trap and magnify each note before releasing it back into the space. In the end I sing. The cisterns, briefly choke with the full sound of my joy. I think they came to life for a brief moment and woke up from the long empty waiting. The music engulfed me and everyone who was accompanying me in this performance. I am satisfied and fulfilled in my creation, which I co-created with the surrounding. It was interesting that during the performance, the brewery workers at their production lines did not perceive me as a stranger at all, I was just another voice of the factory for them. And for me, as always, it was the most satisfying to be one of the elements of the world and to harmoniously cooperate with what surrounds me. 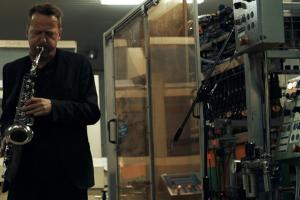 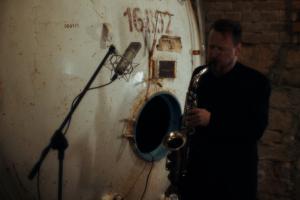 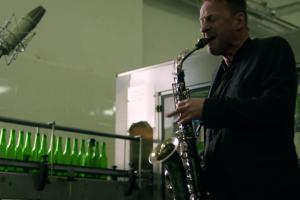 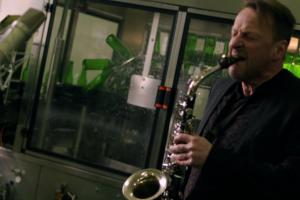