Adam Bałdych:
“In Michał Chwała’s album we can hear an almost titanic effort of composition and arrangement. His band is a new generation that develops fusion music, which abounds in energy and youthful passion to raise the bar very highly for themselves.”

Maciej Sikała:
“A full palette of colours (from single sounds to entire cascades of them) and moods (reverie, joy, affection) ... Interesting compositions of unorthodox construction, frequently based on beautiful, sophisticated harmonic structure.”

Grzegorz Skawiński:
“I listened to Idi with a lot of interest. Michał’s guitar fits perfectly into this original jazz/rock performance... It’s definitely worth listening!”

Adam Sztaba:
“Michał Chwała’s Idi demonstrates first of all a solid instrumental craft and musical awareness, but also a reference to the achievements of the great figures of 20th century electronic jazz, but – what is important – with its own traits.”

Michał Chwała – Guitarist, composer, arranger. Graduate (with honours) of the F. Nowowiejski Academy of Music in Bydgoszcz at the faculties of classical music (Krzysztof Pełech’s guitar class) and jazz music (Piotr Olszewski’s guitar class). Winner of nationwide and international guitar competitions (including 2nd place in the International Guitar Competition in Krzyżowa, 2007). In 2015, his instrumental composition, “Idi”, was awarded 3rd place in the international competition of the Poznan “Good Time Radio”. He collaborated with such artists/bands as: Wojciech Gogolewski, Jakub Lubowicz, Krzysztof Daukszewicz, Michał Grobelny, Andrzej Poniedzielski, Artur Andrus, Czerwony Tulipan, Piwnica Pod Baranami, Warmia Klezmer Band, Warmia and Mazury Philharmonic Symphony Orchestra, Pomerania Philharmonic Symphony Orchestra, The Engineers Band Entertainment Orchestra, Sinfonia Iuventus Orchestra, and many others. Since 2015, he has been collaborating with Roma musical theatre, where he performs as an actor and guitarist. He is also a teacher – his students successfully pass entry exams to university-level music studies in Warsaw, Gdańsk, Poznań or Bydgoszcz. He also authored a book Guitar exercise practice without an instrument. For four years now, he has been focusing on creating his own music between jazz and fusion. Privately – a night owl. He dislikes tomatoes. He has hundred ideas a minute, and his life motto is: “Start with yourself, don’t wait for salvation”.

Michał Chwała:
The idea for establishing this band had already emerged during jazz studies when, while developing my guitar craft, I felt the urge to create my own compositions. My fascination with complex harmonies, polyrhythms, the symphonic form and the recordings of contemporary jazz and fusion bands led to the creation of eight complex pieces I put on my debut album, Idi. I invited my friends to collaborate – they are outstanding musicians, multi-instrumentalists, who share my passion and commitment and feel the same need to promote jazz culture and to seek fulfilment in collective improvisation. When I started my first serious attempts at composing, there were lots of moments when I felt lack of inspiration, and a “craftsmanship” work as a composer did not bring the desired results. I managed to write a few pages of a piece, and then my mind used to go “blank”. A void came. A lack of ideas on how to further develop what I had already written. When I finally managed to add other sounds, and loosely thrown harmonies began to become one whole, I felt as if in music there was only one proper solution in order to achieve the appropriate combination of melodies, harmonies and rhythm. Of course, there are thousands of rearrangements of the same composition, so called “covers”, that change the style, rhythm and harmony of a piece, but it is due to the perfection of the original that all of its “versions” have their raison d’etre. Thus, I begin with the assumption that there is only one way to create a work of art, there is no other.  During musical studies, I was fascinated by philosophy. Having discovered the Freudian concept of “Id”, being the necessity to immediately satisfy one’s needs, I got an idea of a need inside to satisfy not as much the body as the soul, to fill the mind with strong, true emotions. I named this need “Idi” and associated it with music – the One that makes us breathe with its pulsation, that makes us forget ourselves and is exclusively pure pleasure… The Ideological Idi is this complete composition that each of us wanted to write someday.

What makes our music different?
First of all, I pay a lot of attention to a programme nature of the composition. Each title has enormous significance for the entirety of the album and is reflected in the music. Second, with jazz pieces, there is a growing trend to write simple formal structures for the compositions, where it’s the improvised sections that make a larger part. My pieces relate to the idea of expanded, complex forms, often taken from classical music. Third, I treat vocal parts instrumentally.

Other members of the band: 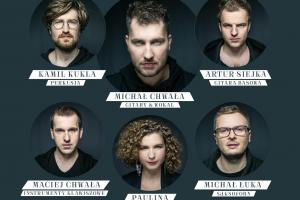 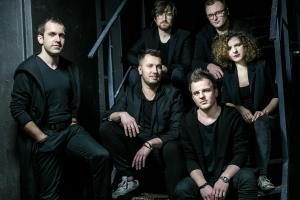 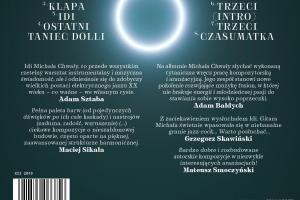 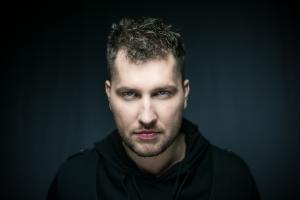