A new premiere is ahead of us! On November 25, the album Vas, Bukowski, Szmańda - Open-Closed Principle will be released, whose leader is the Hungarian hammond organ player Adam Bence Vas!

The album is already available at www.sjrecords.eu and soon will be in good music stores

All compositions by Bence Vas, 2021

This project has been realized thanks to the support

Closed to source code modification, but open to extensions.

Despite the strict structure, the written score is a sketchy idea that is supposed to be an inspiration for the final composition and arrangement by performing it live. Such creation of the final form of the songs allows to show the musical individualism of the members of the trio.

Closure, isolation, separation, lockdown… We have heard these expressions many times during the pandemic. When I was physically and mentally closed, I began to transfer the meaning of these words to the language of music. I wanted to check whether they can evoke musical associations, and if so, whether they can function as music worth listening to.

While working on the CD, I came across a term in IT terminology: the closed-open principle. Her definition reminded me of the composing and arranging techniques used by our jazz combo. The final shape of the pieces is created on the spot, by building arrangement ideas, improvising and reacting to the written score. No matter how far we go in creating the final sound, the original concept is still recognizable. We play with the material until we record the composition.

Almost every song is based on my previous compositions or ideas. I treat it as a natural creative process - some motifs stay with us for years as long as they have something new to tell us. It's always one of the most interesting things to watch how musicians approach rigid musical structures. Sometimes they rebel and create in opposition to the score. The ideal situation is when original ideas inspire them to find freedom through their own variations, reactions, improvisations and playing with musical phrases.

Vas/Bukowski/Szmańda Trio is a new formation made up of three great musicians: Bence Vas (Hammond organ), Dominik Bukowski (vibraphone) and Krzysztof Szmańda (drums). The group was founded on the initiative of Bence Vasa, a Hungarian hammon player who recently settled permanently in Poland. The trio with unusual instruments presents original compositions of the band members. Each musician brings his own unique style, thus giving the band a very interesting sound.

Bence Vas is a musician playing the Hammond organ, composer, leader and founder of the Hungarian band Organism, as well as the Vas Bence Trio and the Vas/Bukowski/Szmańda Trio already established in Poland. Bence Vas is known for jazz and contemporary music. He recorded five original music albums: "Pictures of the day" and "Praise the Notes" with the band Organism, "Organic Impressions" as the band Organism with a big band, "Looked at All Aspects" with the bands Organism and Vas Bence Trio and the album "overture et al." as Bence Vas & Big Band, which is his final work. Bence Vas played in jazz clubs and European festivals, among others in Prague, Budapest, Brno, Stuttgart, Berlin, Warsaw, Kielce and Krakow. He had the opportunity to perform with artists such as; Brian Charette, Kajetan Galas, or Kornél Fekete-Kovács. Apart from music, he also paints. www.bencevas.com

Krzysztof Szmańda – He graduated from the Karol Szymanowski Academy of Music Fryderyk Chopin in Warsaw. In the years 2000-2002 he completed post-graduate studies at the Thornton School of Music of the University of Southern California in Los Angeles, where he improved his skills alongside, among others, Peter Erskine, Ndugu Chancler and Erik Forrester. He is a co-founder of the award-winning Soundcheck band from Poznań. Krzysztof Szmańda has collaborated with many outstanding bands and artists, e.g. with the Big Band of Zbigniew Namysłowski, with the bands of Kuba Stankiewicz, Adam Pierończyk, Lora Szafran, Włodek Pawlik, Adam Bałdych, Marcin Olak, Oleg Kirejew, Keith Javors, and with the Trifonidis Orchestra. Krzysztof Szmańda is permanently employed in the orchestra of the Grand Theater of the National Opera in Warsaw.

Dominik Bukowski is a jazz vibraphonist and composer. In 2018-2020, he was recognized as the best vibraphonist in Poland in the JAZZ TOP survey according to the Jazz Forum magazine. Bukowski is also the winner of many prestigious awards. His album PROJEKTOR was among the top ten best albums of 2005 according to the Jazz Forum monthly, another VICE VERSA 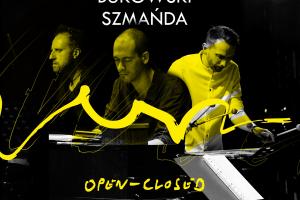 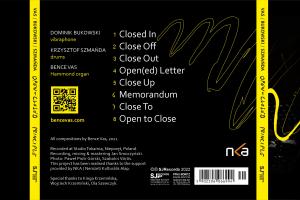 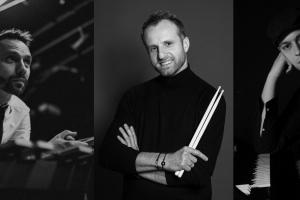 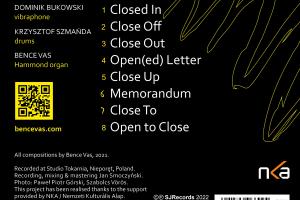